Verlander and Upton share their favorite places to visit in Houston in theNew York Times. Photo by Daniel Ortiz

Houston once again is in the national media spotlight. This time, it's courtesy of Houston Astros pitcher Justin Verlander and his ultra-glam, supermodel wife, Kate Upton, who dish to the New York Timeson their five places to visit in the Bayou City. While neither was born in Texas, they got here as quickly as they could, as the saying goes, and they say they've become immersed in the energy of their new hometown.

With the addition of their baby, Genevieve, and Verlander inking a deal with the Astros to stick around until 2021, Upton and Verlander definitely consider themselves Houstonians. Having the dynamic duo sing the city's praises should increase that intense local pride and serve as a reminder to all that Houston is totally celeb-worthy.

So, where do Verlander and Upton like to hang out? Here are some of their favorite spots they share with the Times, broken down by neighborhood.

Downtown
No surprise that Minute Maid Park made the couple's list of favorite places in Houston. It is, after all, a home away from home for them. Verlander touted the enthusiasm of fans when the team won the 2017 World Series. "Feeling that atmosphere in the ballpark was amazing," he says. Meanwhile, Upton talked about how she and Verlander's brother have a superstition they follow. "We eat popcorn to get hits."

EaDo
Kate Upton — who needs no introduction, as she's often called one of the world's most beautiful women — does a serious name drop of her own when she shares her love of Nancy's Hustle (which won Restaurant of the Year at this year's Tastemaker Awards) in EaDo. "My friend Bailey McCarthy introduced me to it, and it is the best burger I have ever had," she tells the Times. "They use an English muffin instead of a bun, and it really just enhances the flavors."

There was a bit of bickering between the couple when Upton told Verlander, a self-professed burger lover, about the dish. When she insisted they stop in after a game, though, his skepticism vanished. "..[It] really is to die for," he said. Upton clarifies. "[He] said the burger was in the top three [that he'd eaten]." Verlander, clearly sold, does have one significant question: "But does it count as a burger if it’s on an English muffin?"

Montrose
Who doesn't like meandering around Montrose, with its funky shops and headlining bars and restaurants? Those who do this routinely might run into the power couple, who told the Times they love the trendy neighborhood. Upton gave shout-outs to home good store Biscuit, Texas honkytonk Goodnight Charlie's, and the Chris Shepherd-led UB Preserve. Verlander offered a pro tip: "[G]oing on a Monday is sometimes better because it’s not as crowded."

Museum District
Houstonians understand that our hot, sticky summers come with the package of living in one of the most dynamic cities on the planet. But those who come here from cooler climes tend to get summer shock over how high the mercury can climb. That's definitely the case with Upton and Verlander. Houston summers get so hot, Upton explained, that she and her hubby went looking for things to do where there's air conditioning (yes, we know, that's nearly everywhere). Their hunt for cool led them to the Menil Collection, which Upton called "an awesome art collection."

River Oaks
The sports and media power couple lived for a time at the intersection of Upper Kirby and River Oaks, so they're more than familiar with the area — especially where to eat. Tucked away behind a hedge, Tiny Boxwoods is an oasis in Houston's hustle and bustle. Upton raves about its charcuterie board, but Verlander veers toward the burger. "I went there one day before start day — a day I was pitching — and I was looking at the menu and saw the ‘Lucky Burger’ and I was like well, I guess that’s what I better get," he told the Times. "And then I pitched well that game."

Those looking for a little luck of their own — and maybe some star spotting — might take note. 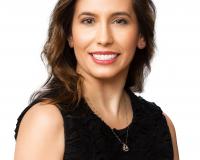 Want to Advertise on this Site?

New Listed In Spring Close To I 45 And Exxon Mobil

Newly Listed in Spring!RARE FIND in the desirable community of Forest North! 1.5 story 2049 SQFT 3/2/2 home on CORNER lot with LARGE 20X16 GAME ROOM UP that could be used as a 4th BDRM/OFFICE/ZOOM

4th Quarter Of Year Is Best Time To Purchase A Home

Upcoming Dates When Home Buyers Pay Lowest Premiums October 8, 2021Home buyers may find more opportunities with a greater number of listings for sale and may

We Just Closed In Spring TX

We just closed on my listing in #HannoverForest! Also happy for the new property owners who relocated to #TX from CA. Congrats! Many blessings in your #newhome!

By registering, you agree to our terms of use and that real estate professionals and lenders may call/text you about your inquiry, which may involve use of automated means and prerecorded/artificial voices. You don't need to consent as a condition of buying any property, goods or services. Messages/data rates may apply.