Katy ISD is making preparations for the completion of two new elementary schools, expected to open in the fall of 2014 in Cross Creek Ranch and Pine Mill Ranch.
In the first few weeks of January, a selection committee proposed naming one of the schools after a longtime district educator and the other after a distinguished physical education instructor.
In December, the school board selected principals and voted to approve an attendance boundary modification, outlining the population for the new schools and balancing the existing student populations at Shafer and Stanley elementary schools.
“The board determined which students from existing elementary schools would be transitioned to new elementary schools,” district spokesperson Dr. Andrea Grooms said.
The district’s School Naming Selection Committee announced Jan. 13 it had selected Keiko Davidson, a 35-year educator and former principal of Hutsell Elementary School, as the namesake for campus No. 36 at 26906 Pine Mill Drive.
For the No. 37 campus, at 5303 Flewellen Oaks Lane, the committee proposed it be named for James Randolph, a former physical education instructor, math and science teacher, and role model. Randolph began his career in Katy ISD in 1996 and died in April of last year.
The committee will hold a forum at 6 p.m. on Feb. 4 in the Katy ISD Board Room at the district’s administrative building for public input on the proposed names. The committee, after considering comments voiced during the forum, will make a recommendation to the Katy ISD board at its regular meeting Feb. 24.
After the naming process is complete, the district will select logos for the school and prepare opening ceremonies, Grooms said.
In December, the board approved the appointment of Lisa Leethem, a 30-year educator and principal of Bear Creek Elementary since 2003, to take the helm of the Pine Mill Ranch school. Kirstin Harper, a 13-year educator and principal of Alexander Elementary since 2008, will lead the Cross Creek Ranch campus.
Discussions have also begun in the school board’s work sessions regarding the potential need to modify the attendance boundaries of larger sections of the school district to accommodate growth.
Such a move is likely to be necessary, especially in the northwestern region of the district near the future site of the Cane Island master-planned community.
To accommodate future growth, the district needs to build two new elementary and junior high schools by August 2017, according to a presentation to the board during its January workstudy meeting
Those projects and additional campuses needed between now and 2021, will likely require the school board call a bond by November 2015.
REDISTRICTING
The proposed recommendation was approved by the Katy ISD Board of Trustees on January 21.
The proposal will provide relief to the following elementaries.
•    Shafer
•    Wolman
•    WoodCreek
Students residing in the neighborhood below and attending Shafer Elementary would transition to Stanley Elementary.
•    Oak Forest
Students residing in the neighborhood below and attending Stanley Elementary would transition to Shafer Elementary.
•    Westheimer Lakes North
Students residing in the neighborhoods below and attending Wolman Elementary would transistion to the new Elementary #36.
•    Silver Ranch (new sections)
•    Cardiff Ranch
•    Churchill Farms
Students residing in the neighborhood below and attending WoodCreek Elementary would transistion to the new Elementary #36.
•    Pine Mill Ranch
Students residing in the neighborhood below and attending Shafer Elementary would transistion to the new Elementary #37.
•    Cross Creek Ranch
Source: Katy ISD

Katy is one of the fastest growing community in the Houston Texas area. KISD in Katy, Texas is home to one of the best school districts in the country. Visit www.coolhoustonhomes.com to view homes in Katy. Call me today! Russell Banki Owner/Realtor (CNE, ALHS) of Best Priced Properties 713-480-0889 Zing Ventures LLC
YOUR # 1 HOME SEARCH. OUR SITE IS UPDATED EVERY 15 MIN. 24/7 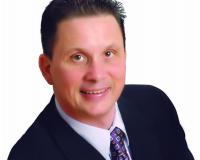 Want to Advertise on this Site?

Sending Happy New Year wishes to all of you and looking forward to helping you with all your real estate needs in 2022! Thinking of selling or buying in the Greater Houston area or surrounding

Thank You For Your Support This Year

Love my clients! 5-star review! :)If you know of anyone looking for help with selling or purchasing real estate let me know! I'd be honored to help them! #blessedandgratefulforgreatclients

Congrats To My Clients In Spring TX

Congrats to my clients who recently sold their home in Spring, TX! They are one step closer to settling into their new home keeping them closer to work and enjoying a better overall life balance!

By registering, you agree to our terms of use and that real estate professionals and lenders may call/text you about your inquiry, which may involve use of automated means and prerecorded/artificial voices. You don't need to consent as a condition of buying any property, goods or services. Messages/data rates may apply.